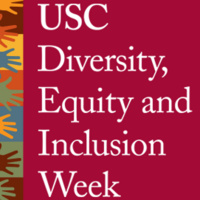 Please join a group of LGBTQ+ writers to discuss the current media landscape through the lens of LGBTQ+ representations. What changes do writers see in the entertainment industry? Are there more opportunities to tell queer stories? What challenges do LGBTQ+ writers and creators still face when writing queer stories for film and television? Industry professionals will discuss these and other topics related to LGBTQ+ communities and representations. This panel is organized by the SCA Council on Diversity & Inclusion, Queer Students in Cinematic Arts (QSCA), and moderated by SCA John Wells Division of Writing for Screen & Television faculty Beverly Neufeld.

Patricia Resnick (https://www.imdb.com/name/nm0720334/): Resnick is an American screenwriter, producer, and TV writer known for her work on films like 9 to 5, Straight Talk, and Maxie. She has also worked as a consulting producer or co-producer on Mad Men and Better Things and her Tony-nominated musical of 9 to 5 written with Dolly Parton ran on Broadway in 2009 and was recently a huge hit on the West End in London.

Resnick met Robert Altman while studying at the USC School of Cinematic Arts and started her career working with him on the film 3 Women. She later appeared as herself in The Player and served as a supervising producer on the final season of Mad Men. She is currently working on a sequel to 9 to 5 alongside Rashida Jones.

Recently, Resnick is enjoying her other role as a television staff writer on shows like Better Things and Tales of the City. “I discovered I really enjoyed the collaborative nature of that. When I started with Altman, it was very collaborative. Theater is very collaborative. A lot of writing, feature writing in particular, is very isolating so I discovered I enjoyed working in a room with other writers, and Tales of the City was really a spectacular, wonderful experience in terms of the writers’ room,” she says. “The whole room was LGBT. Lauren Morelli is the showrunner and she put together a room of people who liked each other and worked really well together. As a writer, you’re always looking for what’s next; I have a couple of ideas for TV shows and for a feature. Such is the life of a freelance writer.”

Steven J Kung  (https://www.imdb.com/name/nm2192489/?ref_=fn_al_nm_1): The son of a tech entrepreneur and computer science professor, Steven J. Kung was born and bred in Virginia Beach and graduated from the University of Virginia where he wrote his bilingual honors thesis on human rights in China. After holding positions at the Kennedy Center and the Department of Justice, Steven decided to pursue a creative career in Hollywood.

While earning his MFA at the USC School of Cinematic Arts, he received scholarships for incorporating Asian American and LGBT perspectives into his filmmaking. Steven's passion for debate and civic engagement inspired him to direct the award-winning documentary, SPEW: The Competitive World of High School Debate. A dual director and UPM member of the Directors Guild of America, he produced Ernest Borgnine's last movie, The Man Who Shook The Hand of Vicente Fernández, and is co-chair emeritus of the DGA Asian American Committee. Steven has written episodes of Dear White People (his upcoming episode guest stars Laverne Cox) and the HereTV anthology series Falling for Angels ("Koreatown"). He also developed a feature about the Tong Wars for Ip Man star Donnie Yen and is writing a period biopic for producer Justin Bell about the life of 70's evangelical phenom Lonnie Frisbee.

Steven made his feature writing and directorial debut with A Leading Man, which won awards at the Asians on Film Festival and the Los Angeles Asian Pacific Film Festival. The feature also prompted .Mic to name him as one of "Six Filmmakers Breaking the Bamboo Ceiling." He is a recent graduate of the Disney ABC Directing Program and the DGA Directors Development Initiative Mentorship Program and is the writer's assistant and script coordinator on Dear White People.

Hillard Guess (https://www.imdb.com/name/nm1484037/?ref_=nv_sr_srsg_0): Born in Detroit, raised in the ‘hood near San Francisco," Hillard is youngest of five in a family pegged “The Cosby Show in the Ghetto.” Hilliard’s a fun, 80s style MOD/Afro Punk with a knack for writing underdog/ redemption stories in the bio, music, horror, or murder-death-kill world. His knowledge of the craft and instinct for unique, flawed characters have won him attention or awards at Sundance, Nicholls Fellowship, Scriptapalooza, The PAGE Awards and NEXTV, to list a few.

Hilliard was recently staffed on the Russo Bros action SYFY series Deadly Class. He keeps the lights on as an assignment/ghost writer and is busy developing TV & Film projects for RSA/Hudlin Ent, Revelations, Tradition Pics, and Semicircle Productions. He serves on the following WGAW Committees: Co-Chair - Committee of Black Writers (with Michelle Amor), Co-Chair - The Education Committee (with Showrunner Jeff Melvoin) and he’s also a member of the LGBTQ+, Latino and Genre Committees.

You can also find Hilliard on the cover and featured in the popular iTunes book The Top 100 Indie Writers in the World. Through his company Hilldog Productions, he produces TV Pilots, Films, POC’s, Shorts, Web Series and Music/Historical Documentaries.

Petosky is most known for her work as showrunner for the animated show Danger & Eggs, and as an illustrator for Brightburn. Amazon is releasing Danger & Eggs, an animated show is about a girl and her best pal, a huge talking egg. Petosky, is one of the very few trans TV executive producers working in Hollywood. Her professional background also includes writing and being a director of animation. Petosky’s also worked on other popular children’s shows including The Aquabats.

Moisés Zamora (https://www.imdb.com/name/nm3827245/?ref_=fn_al_nm_1): Moisés Zamora is a Mexican-American, award-winning writer and filmmaker. He's the Creator / Executive Producer / Co-showrunner of Selena: The Series for Netflix. He has written for the Emmy-winning drama American Crime, and Star on Fox. He won the Binational Literary Prize in Mexico for his Spanish-language novel when he was twenty-five years old. In 2011, he received the award for Best Documentary by a Mexican Director at the Oaxaca FilmFest. He's from El Limón, Jalisco, Mexico.

Zamora is best known as the showrunner for the new show, Selena, which premiered on Netflix in December. Zamora pitched 20 episodes and Netflix responded well to the pitch; everything was set towards the end of 2019. They launched the writers room and a team filled with Latinx talent to bring authenticity to the story. Production started but was interrupted by Covid-19, which means that only the first half of the series will drop on December 4. As for the second half, Zamora kept his cards close to his chest. “That’s up to Netflix’s discretion to say how many more,” he said.