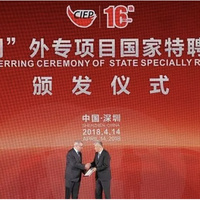 The USC U.S.-China Institute presents a webinar with David Zweig to look at how tensions between the United States and China have impacted scientific collaboration and research.

China’s eager to recruit and retain talent. It has seen many of its most able scholars find homes and produce path-breaking work in other countries. In recent years, it’s permitted recruited scholars to be based in China on a part-time basis. This has led to tensions with the United States, which wants research funded in full or in part by American sources to benefit itself. Some scholars have been accused of violating U.S. laws on double-dipping and disclosure. Collaborative U.S.-China research is under a cloud, which doesn’t benefit scientific advance for the U.S. or China.

David Zweig is professor emeritus at Hong Kong University of Science and Technology, where he began teaching in 1996, heading the university’s Center on China’s Transnational Relations for 15 years. He is one of the foremost scholars on China’s talent recruitment and retention efforts and on China’s globalization efforts. A prolific writer, he’s authored or edited 10 books and many articles. In addition to articles in academic journals, Zweig’s publishes frequently in wide-circulation newspapers such as the South China Morning Post, including recent op-eds on the evolving situation in Hong Kong. Zweig remains based in Hong Kong and now heads Transnational China Consulting. He previously spoke at USC on the program and, together with Siqin Kang, he recently published a paper on America’s response to the Thousand Talents Program.