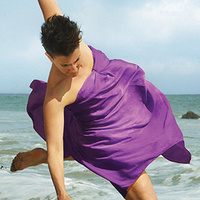 DESCRIPTION:
Join us for the premiere of somos agua: a collective honoring of our mama agua, a dance film by CONTRA-TIEMPO in collaboration with their community. Following the piece, CONTRA-TIEMPO’s founding artistic director Ana Maria Alvarez will discuss their creative process and the intersection of water, art making, and equitable urban planning with USC School of Architecture professor Esther Margulies and LitLabs director Jacqueline Barrios.

“Water—An Activist Dance Theater Project by CONTRA-TIEMPO” is part of Common Ground, an original series of events that showcases Los Angeles artists and organizers who are deconstructing and reimagining America’s relationship to itself—the interplay between the nation and the actual landmass on which it depends.

Jacqueline Barrios is a veteran public school teacher at Foshay Learning Center located in South Los Angeles. She is the founder and director of LitLabs, site-specific public humanities projects fusing visual performing arts, architecture, and urban research to imagine new ways of uplifting the 21st century urban teen reader of the 19th century novel. Jacqueline’s public engagement in South L.A. spring from her research as a PhD Candidate at UCLA’s Department of English, where she studies global urbanisms, specifically as it relates to London and 19C British/American literature.

Esther Margulies is an assistant director of graduate programs in landscape architecture and urbanism, associate professor of practice, and diversity and inclusion liaison at USC. As a landscape architect, founder of the Office of the Designed Landscape, and a practice leader at nationally recognized firms, her award-wining work has included urban transit, park projects, cultural preservation, urban storm water, and K-12 and higher education.

Sanctuary—Featuring San Cha, Bay Davis, and the Creators of Gentefied
Thursday, April 29, at 7 p.m.
For more info and to RSVP, click here.

Presented by Arts in Action, part of USC Visions and Voices: The Arts and Humanities Initiative.