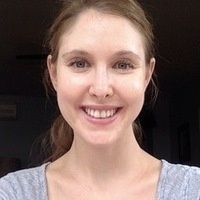 In this lecture, Allison Somogyi will discuss her research project considering sexual violence among Hungarian-Jewish women during the Holocaust and the ways in which victims have – and have not – talked about this (often) gender-specific trauma. In her research, she explores the difference in the ways Hungarian-Jewish women discussed sexual violence at the time of the Final Solution and its immediate aftermath by analyzing wartime diaries and letters. She compares these contemporary narratives to the ways in which sexual traumas were discussed in the early postwar testimonies of the mid-to-late 1940s, and the ways in which the parameters of this discussion changed in the subsequent decades. Her current work as the 2019-2020 USC-Yale Postdoctoral Research Fellow explores how differing interviewing processes and methodologies at the Fortunoff Video Archive for Holocaust Testimonies at Yale University and the USC Shoah Foundation Visual History Archive at the University of Southern California affected survivors' discussions of sexual violence in postwar testimonies. This ongoing project examines the intersection of Holocaust memory, gender, and societal taboos as they change (or do not change) over time.

Register for the online lecture here.

Allison Somogyi is the 2019-2020 USC-Yale Postdoctoral Research Fellow, supported by the USC Libraries Collection Convergence Initiative, the Fortunoff Video Archive for Holocaust Testimonies at Yale University, and the USC Shoah Foundation Center for Advanced Genocide Research. She earned her PhD from the University of North Carolina at Chapel Hill in 2019. Her dissertation analyzed the survival and resistance tactics employed by young Jewish women in Budapest under Arrow Cross rule and Nazi occupation and traced, through their diaries, how they navigated the fraught space available to them in the chaotic months of Nazi occupation and during the siege of Budapest. She is the winner of several awards and fellowships. Her dissertation was awarded the 2020 Dean’s Distinguished Dissertation Award for the highest level of graduate student scholarship at the University of North Carolina at Chapel Hill in the area of Humanities & Fine Arts. During the 2018-2019 academic year, she received a Dissertation Completion Fellowship from the Association for Jewish Studies. She was the Alexander Grass Memorial Fellow, at the Jack, Joseph and Morton Mandel Center for Advanced Holocaust Studies at the United States Holocaust Memorial Museum during the 2017-2018 academic year. She was a Saul Kagan Fellow for Advanced Shoah Studies for the Conference on Jewish Material Claims Against Germany during both the 2015-2016 and 2016-2017 periods. She also received the Two-Week Research Fellowship for PhD Students/Candidates from Abroad at Yad Vashem in 2017. Allison Somogyi holds a MA in History from the University of North Carolina and a BA in History from Grinnell College.