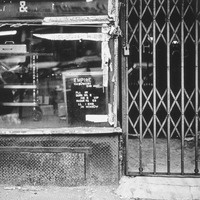 Each year, graduate students in the Doctoral Program for Comparative Studies in Literature and Culture (CSLC) organize and host a two-day symposium that aims to bring the work of an invited scholar into conversation with the multidisciplinary work of graduate students from both CSLC and larger community of the humanities at USC. For this year's edition, we are honored to host Prof. Ann Laura Stoler of The New School for Social Research. Stoler's work across anthropology, historiography, and (post)colonial studies, as well as her keynote address, will serve as a starting point for a conversation around this year's theme, Vital Lies: The Aesthetics and Politics of Disregard.

While imperial power has often been analyzed as a panoptic, surveilling gaze, in Along the Archival Grain, Professor Stoler extols us to consider instead the “politics of disregard”: the “acts of ignoring rather than ignorance” that “circumscribe what one can know” under empire. Vital Lies takes up this task by casting a more careful regard on the histories, archives, artworks, and events that have been persistently and systematically occluded or ignored under dominant scopic, political, linguistic, or mediatic regimes. At the heart of this project is a desire to tarry with, rather than elide or dismiss, the processes and products of active unseeing and self-deception that condition the reproduction of the everyday—the "vital lies" and secular mythologies that Stoler identifies at the core of imperial dispositions.

The symposium will take place over two days. The first day will feature the Prof. Stoler's keynote address, while the second will be devoted to showcasing the work of graduate students from across the humanities at USC.

Ann Laura Stoler is Willy Brandt Distinguished University Professor of Anthropology and Historical Studies at The New School for Social Research. Stoler is the director of the Institute for Critical Social Inquiry. She taught at the University of Michigan from 1989-2003 and has been at the New School for Social Research since 2004, where she was the founding chair of its revitalized Anthropology Department. She has worked for some thirty years on the politics of knowledge, colonial governance, racial epistemologies, the sexual politics of empire, and ethnography of the archives. Her books include Capitalism and Confrontation in Sumatra’s Plantation Belt, 1870–1979 (1985; 1995) Race and the Education of Desire: Foucault’s History of Sexuality and the Colonial Order of Things (1995), Carnal Knowledge and Imperial Power: Race and the Intimate in Colonial Rule (2002, 2010), Along the Archival Grain: Epistemic Anxieties and Colonial Common Sense (2009), Duress: Imperial Durabilities in Our Times (2016) and the edited volumes Tensions of Empire: Colonial Cultures in a Bourgeois World (with Frederick Cooper, 1997), Haunted by Empire: Geographies of Intimacy in North American History (2006), Imperial Formations (with Carole McGranahan and Peter Perdue, 2007) and Imperial Debris: On Ruins and Ruination (2013). Her commitment to joining conceptual and historical research has lead to collaborative work with historians, literary scholars and philosophers, and most recently in the creation of the journal Political Concepts: A Critical Lexicon, of which she is one of the founding editors.