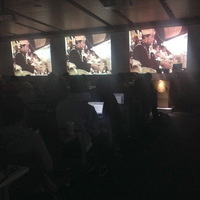 Visible Evidence, the international conference on documentary film and media, will convene for its 26th year at University of Southern California, July 24th-28th. VE XXVI will feature the history, theory, and practice of documentary and nonfiction cinema, television, video, audio recording, digital media, photography, and performance, in a wide range of panels, workshops, plenary sessions, screenings, and special events.