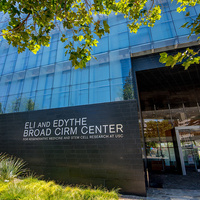 10:30am: “Molecular recording: Capture and storage of data within the genome of a cell,” Seth Shipman, PhD, Harvard University

Experimental cell biology is limited by the requirement for direct observation or destructive analysis of the cells being studied. This is particularly problematic when studying a complex, developing system such as the brain. To circumvent this limitation, I have pursued a new approach: the logging of biological events as coded nucleotides, written into the genome of a living cell. These organized changes to genomic DNA can store data during an event of interest, to be collected later by sequencing. I will display a functional version of this approach in prokaryotes that uses the CRISPR-Cas adaptive immune system, and discuss opportunities to use this molecular recording system to understand neurodevelopment.

The goal of my research is to understand stem cell plasticity and their ability to rapidly respond to microenvironmental changes by expanding their fate choices to cope with stress and mediate repair. For example, I found that stem cells of the skin undergo “lineage infidelity” to repair wounds, and that cancer can hijack this repair mechanism. In my future lab, I plan to exploit functional genomics tools to study stem cell plasticity in health and in diseases.

The ability to manipulate and readout cell state with precision has revealed elaborate, dynamic architectures. From signal transduction to metabolism, a cell’s ability to decide and then execute a given behavior is determined by the organization of molecules at specific times and places. Drawing from work throughout my career, I will demonstrate how coupling powerful experimental approaches that enable precise spatiotemporal manipulation with mathematical modeling has allowed me to uncover strategies through which cells make such decisions.

3:15pm: "Understanding the genetic basis for biological patterning from the bottom up," Pulin Li, PhD, California Institute of Technology

The Wnt/R-spondin signaling pathway orchestrates patterning and morphogenesis during embryonic development, promotes tissue homeostasis and regeneration, and contributes to cancer and other diseases when it becomes defective. I will describe several new regulatory mechanisms of Wnt signal transduction uncovered through genetic screens in haploid human cells, a new mode of signaling by R-spondins that does not require their only known cell-surface receptors (LGRs 4-6) and the implications of these discoveries in physiology and disease.

Department
Stem Cell at USC
Add this to your calendar