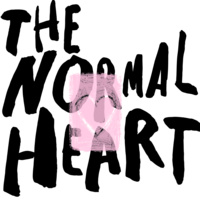 Larry Kramer’s landmark play about love and loss chronicles the rise of the AIDS crisis in New York City. Based on the playwright’s own experiences founding the Gay Men’s Health Crisis in the 1980s, The Normal Heart follows Ned Weeks, a reluctant leader but furious activist, as he battles against a world unwilling to confront the epidemic. As relevant and powerful as ever, this Tony Award-winning drama is a strong indictment against ignorance and a heartfelt story of love and compassion.