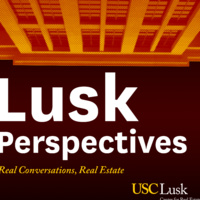 Austin Beutner's unique set of experiences in business, government and as an entrepreneur has helped him be an effective leader of complex organizations, including as CEO of Evercore, a publicly-traded company he founded, First Deputy Mayor of Los Angeles, Publisher and CEO of the Los Angeles Times and San Diego Union Tribune, Chairman of Vision To Learn, a national non-profit he created, and as Superintendent of the Los Angeles Unified School District.

Mr. Beutner served as Superintendent of Los Angeles Unified School District, the nation's second largest, from 2018 through 2021. Under Mr. Beutner's leadership Los Angeles Unified led the nation in responding to the crisis in public schools created by COVID-19. The school district provided more than 140 million meals to children and adults along with 40 million items of needed supplies to the communities it serves. It also provided all students with a computer and free internet access to remain connected with their school and continue learning and created the most comprehensive and cost-effective COVID testing program in the nation. Los Angeles Unified provided PCR tests with overnight results each week to more than 600,000 students and staff at schools while sharing the information in realtime with health authorities and the school community.

During his tenure, Los Angeles Unified was transformed from a top-down, one-size-fits-all bureaucracy into an organization led by 44 nimble, local teams each dedicated to the communities it serves.

As First Deputy Mayor of Los Angeles, he oversaw the policy and operations of13 municipal departments, including Los Angeles International Airport, the Port of Los Angeles, the Los Angeles Department of Water and Power and the Departments of Planning and Building Safety and Housing and Homeless Services. Also serving as Chief Executive for Economic and Business Polic y- the city's "jobs czar" - he worked to make the city more business-friendly.

While Publisher and CEO of the Los Angeles Times and San Diego Union-Tribune, he led the newspapers as they strengthened their commitment to the community and won two Pulitzer Prizes and several national and state journalism awards. Among several new initiatives, he launched "HS Insider," which publishes stories produced by more than 3,000 high school students at 300 schools throughout Los Angeles.

At age 29, he became the youngest partner at The Blackstone Group. He left Blackstone to serve in the US government, where he led a portion of US efforts to help Russia transition to a market economy after the collapse of the Soviet Union. He went on to found Evercore Partners and as President and Co-CEO helped build it into one of the leading independent investment firms in the world.

Mr. Beutner is a longtime supporter of the arts and education. He served on the Board of California Institute of the Arts from 2000 - 2014, including five years as Board Chair

In 2012 he founded Vision To Learn which provides free vision screenings, eye exams and glasses to children at schools in low-income communities in more than 500 cities across the country. The organization has provided more than 280, 000 children with glasses and willprovide them to another 100,000 children this year, despite the challenge COVID-19 continues to present in schools.

Vision To Learn was recognized as a "Bright Spot in Hispanic Education" by the Obama Administration and received the Pacesetter Award by the Campaign for Grade Level Reading as well as the Gold Award for Community Organizations by the California Teachers Association. In 2018 the U.S. Senate unanimously passed a resolution recognizing the work of Mr. Beutner and Vision To Learn.

Mr. Beutner is currently leading efforts on a statewide ballot initiative in California which will provide almost $900 million in additional, annual funding for Arts and Music education in public schools, without raising taxes.

He currently serves on the board of the National Park Foundation, is a fellow of the American Academy of Arts and Sciences and is a member of the Council on Foreign Relations