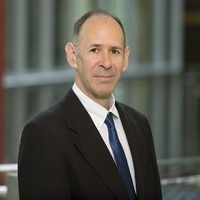 Political redistricting is a multi-criteria problem with conflicting objectives (based on metrics like compactness, population balance, and efficiency gaps, among others). Many of these metrics have received significant attention, though they remain controversial as to which such metrics are best suited to define fair district maps. This research uses a multi-objective optimization approach to reveal obstacles in defining fair district maps. The results obtained challenge a number of common perceptions of redistricting, suggesting that defining fair maps may not only be extremely difficult, but also, simply unrealistic.

Sheldon H. Jacobson is a Founder Professor of Computer Science at the University of Illinois.  He has a B.Sc. and M.Sc. (both in Mathematics) from McGill University, and a M.S. and Ph.D. (both in Operations Research) from Cornell University.  From 2012-2014, he was on leave from the University of Illinois, serving as a Program Director at the National Science Foundation.  His research interests span theory and practice, covering decision-making under uncertainty and optimization-based artificial intelligence, with applications in aviation security, public policy, public health, and sports.  He has been recognized by numerous awards, including a Guggenheim Fellowship from the John Simon Guggenheim Memorial Foundation.  He is a fellow of both IISE and INFORMS. He serves as the Founding Director for the Institute for Computational Redistricting (ICOR), http://redistricting.cs.illinois.edu.