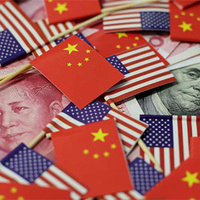 U.S.-China Relations and Global Uncertainty: A Conversation with Ambassadors He Yafei and Jeffrey Bader

Two of the most experienced and insightful Chinese and American diplomats will discuss the state of U.S.-China relations, the dangers of worsening ties, and the impact of U.S.-China relations on the wider world. The conversation will also explore possible avenues to improve ties and lessen international volatility.

Ambassador He Yafei 何亚非 is a Distinguished Professor at Peking University’s Yenching Academy and a council member of the Institute of International and Strategic Studies. He is a veteran diplomat, serving as Vice Minister of Foreign Affairs and represented China during the negotiations of the 2009 Copenhagen Accord. He Yafei served in China’s missions to the United Nations and to the United States and led its UN mission in Geneva. He headed the Ministry’s Department of North American and Oceanian Affairs and helped lead the Departments of International Organizations and of Arms Control. Amb. He concluded his more than thirty years of government service as Deputy Director of the State Council’s Overseas Chinese Office.

Ambassador Jeffrey A. Bader is a senior fellow and founding director of the John L. Thornton China Center at the Brookings Institution. He served in the U.S. government for three decades. He was Deputy Assistant Secretary of State for China, Hong Kong, Taiwan, and Southeast Asia in the 1990s and as Assistant U.S. Trade Representative in 2001, Dr. Bader led the U.S. side in the final negotiations leading to China and Taiwan joining the World Trade Organization. Dr. Bader served on the National Security Council and was President Obama’s principal adviser on Asia from 2009 to 2011.  He wrote about that experience in Obama and China’s Rise: An Insider’s Account of America’s Asia Strategy.

The event is sponsored by the China-United States Exchange Foundation and the USC U.S.-China Institute. USCI director Clayton Dube will moderate the discussion.