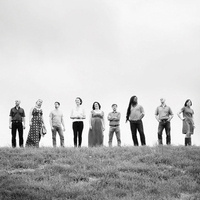 Bryce Dessner’s Triptych (Eyes of One on Another)

To attend the performance on your own, visit laphil.com to purchase tickets. Triptych (Eyes of One on Another) at the Walt Disney Concert Hall has only one performance, on Tuesday, March 5, 2019, at 8 p.m.

DESCRIPTION:
*This trip is for current USC students only. You must use the provided transportation to participate. Space is limited and advance registration is required. RSVP beginning Tuesday, February 5, at 9 a.m. Check-in for the event will begin at 5:45 p.m. on campus. Buses will depart at 6:30 p.m. and return to campus at 10:30 p.m. Dinner will be provided at check-in.

Thirty years after the death of Robert Mapplethorpe, we still cannot turn away from what his photos reveal. Composer Bryce Dessner, librettist Korde Arrington Tuttle, and director Kaneza Schaal, in collaboration with Roomful of Teeth and a musical ensemble of 12 players, explore the ways Mapplethorpe’s works compel an audience’s complicity and characterizes them in the act of attention. Through music, projection of Mapplethorpe’s images, and the poetry of Tuttle, Essex Hemphill, and Patti Smith, the work puts the audience inside the artist’s view finder, inside his beautiful, bold, voracious view of how nature and humans look, touch, feel, hurt and love one another.

This special event was produced in cooperation with The Robert Mapplethorpe Foundation.

Bios:
GRAMMY Award winner Bryce Dessner is one of the most sought-after composers of his generation. Known to many as a guitarist with The National, he is also active as a curator of new creative music. His orchestral, chamber, and vocal compositions have been commissioned by the Los Angeles Philharmonic, Metropolitan Museum of Art (for the New York Philharmonic), BAM Next Wave Festival, and many others. (Wikipedia)

Admission is free and open to USC students only. Reservations required.