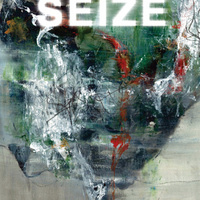 What does it mean to be seized without warning? To seize back things taken? How do we reclaim that which is silenced or gone? Bridging lives and cultures, Brian Komei Dempster shares poems from his award-winning book, Seize, based on his experience of raising a non-verbal, epileptic son. Dempster deftly connects his son’s physical/verbal seizure to the wartime history of his maternal family—the forced removal from their church home and unjust incarceration in Topaz prison camp and elsewhere. Dempster’s poems retrace the contours of mixed race identity and fallout from myriad losses. Family photos illuminate these intergenerational legacies.

Bio
Brian Komei Dempster's debut book of poems, Topaz (Four Way Books, 2013), received the 15 Bytes Book Award in Poetry. His second poetry collection, Seize (Four Way Books, 2020), was Winner of the Julie Suk Award. Dempster is editor of From Our Side of the Fence: Growing Up in America's Concentration Camps (Kearny Street Workshop, 2001) and Making Home from War: Stories of Japanese American Exile and Resettlement (Heyday, 2011). He is a professor of rhetoric and language at the University of San Francisco, where he serves as Director of Administration for the Master’s in Asia Pacific Studies program.