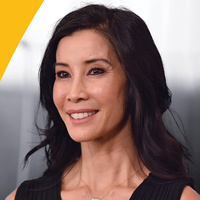 DESCRIPTION
In a candid conversation hosted by USC Dean of Religious and Spiritual Life Varun Soni, journalist, television personality, and author Lisa Ling will discuss courage and wellbeing in these uniquely stressful times.

Ling is the executive producer and host of CNN’s This Is Life with Lisa Ling, in which she goes on a gritty, breathtaking journey to the far corners of America. The award-winning journalist is the former host of Our America with Lisa Ling on OWN: The Oprah Winfrey Network, former co-host of ABC’s The View, host of National Geographic Explorer, reporter on Channel One News, and special correspondent for The Oprah Winfrey Show and CNN. In 2014, President Obama named Ling to the Commission on White House Fellows.

The THRIVE series of dialogues on wellbeing is part of USC AMPLIFIED, a new, campuswide speaker series that highlights diverse perspectives from some of today’s most engaging and dynamic figures in entertainment, business, politics, sports, science, the arts, and beyond. In this unprecedented time of struggle and isolation, THRIVE will provide critical opportunities for the USC community to feel connected, inspired, and empowered.

Presented by the USC Office of Religious and Spiritual Life and USC Visions and Voices: The Arts and Humanities Initiative. Co-sponsored by Campus Wellbeing & Education and Asian Pacific American Students Services.