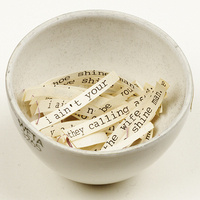 The event will also be livestreamed.

Bios:
John H. Cha has written several biographies about Korean and American leaders and is an award-winning translator of Korean literature into English. His titles include Willow Tree Shade: The Susan Ahn Cuddy Story and The Do or Die Entrepreneur: A Korean American Businessman’s Journey. He is currently working on Dear Theresa, a book about his sister Theresa Cha.

Laura Hyun Yi Kang is a professor and former Chair of Gender & Sexuality Studies at UC Irvine. She is the author of Traffic in Asian Women (2020) and Compositional Subjects: Enfiguring Asian/American Women (2002). With Elaine H. Kim, Kang co-edited the anthology Echoes Upon Echoes: New Korean American Writings (2002). She is currently at work on Sallim, a book about women's labor and social reproduction in the Korean diaspora.

Lawrence Rinder directed the UC Berkeley Art Museum and Pacific Film Archive from 2008 to 2020. He came to the University of California from the California College of the Arts, where he was Dean of the College and Dean of Graduate Studies. Previously, he was the Anne and Joel Ehrenkranz Curator of Contemporary Art at the Whitney Museum of American Art, where he organized exhibitions including the 2002 Biennial.

GYOPO is a collective of diasporic Korean cultural producers and arts professionals generating and sharing progressive, critical, intersectional, and intergenerational discourses, community alliances, and free educational programs in Los Angeles and beyond.