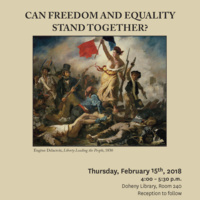 The Center for Law, History, and Culture is delighted to invite you to attend the 2018 Distinguished Lecture in Law and the Humanities.  Our distinguished lecturer this year is the eminent political theorist Michael Walzer, Professor Emeritus at the Institute for Advanced Study and author of numerous important books and articles, including Just and Unjust Wars, The Revolution of the Saints: A Study in the Origins of Radical Politics, Spheres of Justice, and The Paradox of Liberation. In addition to his many solo-authored works, Professor Walzer presided over the assembly of The Jewish Political Tradition, a multi-volume collaborative project that brought to light the tradition of Jewish political thought.  Along with his academic pursuits, Professor Walzer has been a longtime contributor to magazines and journals such as The New Republic, The New Yorker, The New York Review of Books, Harpers and Dissent magazine, where he served for many years as a co-editor.  In 2008, Professor Walzer was awarded the prestigious "Spinozalens," a biennial prize given to internationally renowned thinkers who concern themselves with ethics and society.  Professor Walzer's work on theories of justice, communitarianism, and theories of just and unjust war have had a profound influence on scholars across many fields.  He will be speaking to us on the subject: "Can Freedom and Equality Stand Together?"

In this talk, Professor Walzer will argue that there are leftwing and rightwing versions of the argument that they can't stand together--and that each of these is partly right but mostly wrong. He will then explore the revolutionary rejection of the rule of law and the libertarian rejection of the regulatory state. Following the lecture, there will be an opportunity for audience members to ask questions, after which everyone is welcome to attend the reception in Professor Walzer's honor.