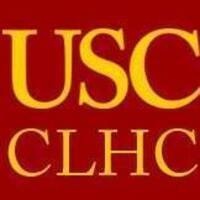 “The Origins of Modern Corporate Law and the Enigma of James B. Dill” with Gregory Mark (USC CLHC)

Professor Gregory Mark (DePaul) will be presenting his paper entitled, “The Origins of Modern Corporate Law and the Enigma of James B. Dill” on Wednesday, October 30, 2019. Professor Mark joined the College of Law in July 2011, serving as dean until July 2014. A noted legal historian, he has extensive experience in academia, administration and the professional world. From 1996 until joining DePaul, he was a vice dean, professor of law, center director and Justice Nathan L. Jacobs Scholar at Rutgers University School of Law in Newark, New Jersey, where he taught Business Associations, Contracts, Corporate Finance, Corporate Governance and Legal History. He was an assistant professor at Cleveland-Marshall College of Law from 1992 to 1996 and a visiting faculty member at Chicago-Kent College of Law in 1994. Professor Mark also was a member of the graduate faculty in history at Rutgers and a teaching fellow in the history department at Harvard University. Prior to his academic career, Professor Mark served as associate counsel for the office of Independent Counsel in the Iran-Contra affair. In that role, he helped develop a case against Duane Clarridge, a former high-ranking official of the CIA, who later received a presidential pardon. He also led a project on foreign intelligence and national security concerns in the prosecution of government officials and acted as liaison to the White House Counsel’s office, the U.S. Senate, the National Security Agency and the CIA.

If you have any questions regarding this workshop (or need a copy of the paper), please contact clhcserv@law.usc.edu or 213-821-1239.