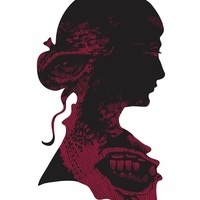 The Miscreation of Mary Shelley’s Frankenstein

Two hundred years ago, on a dark and stormy night in Switzerland, a group of young English intellectuals challenged one another to invent a frightening story.

Eighteen-year-old Mary Shelley—the daughter of political philosopher William Godwin and pioneering feminist writer Mary Wollstonecraft—devised the most horrific tale, which in its many forms forever altered and continually haunts the landscape of literature and popular imagination.

Considered among the first sci-fi stories in the form of a novel, Frankenstein; or, the Modern Prometheus, documents the consequences of Victor Frankenstein’s quest to assemble from corpses and reanimate a creature of his own design.

On display here are illustrated versions of the novel, several representations of the many new creations, re-creations, and miscreations of Frankenstein’s creature that followed the original, and examples of the scientific and literary works that inspired Shelley.

To celebrate the bicentennial anniversary of Frankenstein’s publication, the USC Libraries are partnering with Visions & Voices and schools across campus for a live, multimedia performance on April 4 at 7:30 p.m. on the front steps of Doheny Memorial Library. Find more information about the event at: libraries.usc.edu/frankenstein.