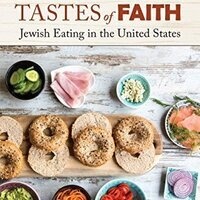 “The Migrant Kitchen: Jewish Deli, Tradition and Identity in LA”

The Jewish Delis of Los Angeles serve an important role for connecting heritage to food.  Please join us for a lively panel discussion on the intersection between Jewish culture and culinary tradition with the following distinguished panelists:

Evan Kleiman -Chef, author, radio host, restaurateur . As host of Good Food on KCRW since 1997, Evan has interviewed more than 6000 guests ranging from celebrated chefs to local farmers, enabling her to explore every aspect of food and how it intersects with human life.

Department
Casden Institute
Add this to your calendar