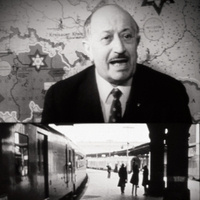 The Last of the Polish Jews

The Last of the Polish Jews

DESCRIPTION:
Los Angeles filmmaker/poet/writer/musician Fred Engelberg made the documentary The Last of the Polish Jews (1971) in the wake of a 1968 campaign to force all Jews out of Poland. Lost for decades, the previously unknown film follows the Danish organization REFUGEE HELP, which facilitated the assimilation of Jews who fled Poland to Copenhagen via an off-season hotel boat. The screening will be followed by a panel discussion about today’s global refugee crises, with USC professor Roberto Suro, who has written extensively about migration and refugee issues; USC Gould School of Law Immigrants and Migration Initiative director Eliane Fersan; and Arthur Alexander, one of the exiled Polish Jews. The event will raise questions about our responsibility to those who are forced to leave their homes and will explore issues of religious and ethnic persecution and the role that artists, writers, scholars, students, lawyers, engineers, journalists, and others play in contributing to a better world.