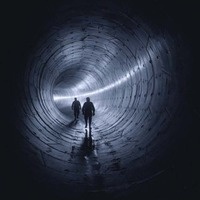 “Hidden City — a mood piece that’s as much an experience as a movie — has the rare and impressive virtue of slightly rearranging our perspective as we emerge afterwards, blinking.”

Victor Moreno reimagines the cinematic tradition of the city symphony in this deeply immersive journey through the subterranean architecture of Madrid. Instead of a journey through the familiar cityscape, The Hidden City is an uncanny descent into darkness, revealing the strange web of built infrastructure that keeps the above-ground city running. The film’s award-winning cinematography plays with darkness and light to defamiliarize quotidian objects and images. These alien industrial depths present an eerie space in which vision does not always hold primacy, refiguring the traditional hierarchies of cinematic perception.