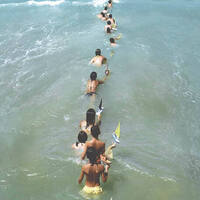 Join us on March 5-6, 2020 for the Comparative Studies in Literature and Culture Annual Graduate Student Symposium, “The End(s) of Translation.”  This year’s symposium aims to consider the intersections of translation and politics, as well as to question the ways in which thinking between and across linguistic, mediatic, and disciplinary boundaries complicates and resists concepts such as citizenship, migration, and border spaces.

The keynote speaker for this year's symposium is Dr. Emily Apter, Silver Professor of French and Comparative Literature at New York University.  Dr. Apter’s work on translation theory and praxis, philosophizing in languages, and political theory will serve as a starting point for the symposium’s larger aim of investigating translation in its numerous facets, including its ends, means, purposes, limits, and conclusions.

We warmly invite you to attend Dr. Apter’s keynote, titled “The Prison-House of Translation? Carceral Models, Translational Turns,” which will take place from 4:30pm - 6:30pm on March 5th in DML 240.  On March 6th,  join us again at 9:00am in THH 309K for a day of graduate student panels.  We also invite you to a special faculty roundtable from 2:30pm - 4:30pm in MHP 101, which will feature a conversation between Dr. Apter; Dr. Peggy Kamuf, Professor Emerita of French and Italian and Comparative Literature at USC; and Dr. Jacques Lezra, Professor and Chair of Hispanic Studies at UC Riverside.