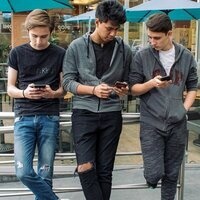 The critical role of media representation in kids’ ethnic-racial development

It is without a doubt that the media industry continues to fall short in its portrayal of diverse races and ethnicities. For decades, people of color have been underrepresented on-screen or only represented through stereotypes — and this lack of positive, inclusive representation can be incredibly damaging. Media influences what kids think, feel, and understand about race as they develop — meaning positive, diverse representations on screen is not just desired, but needed.

In collaboration with Common Sense Media and the Annenberg Inclusion Initiative, USC Annenberg presents, The critical role of media representation in kids’ ethnic-racial development. This session will share new research from the Common Sense Media report, “The Inclusion Imperative: Why Media Representation Matters for Kids’ Ethnic-Racial Development” followed by a panel discussion to open a broader conversation about the importance of diversity on and behind the screen and the role representation in media can play in helping us create the type of world we want to see.