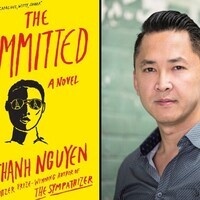 Nguyen’s novel is a sequel to “The Sympathizer,” which won the Pulitzer Prize for fiction in 2016. “The Sympathizer” told the story of a conflicted double agent in the aftermath of the Vietnam War. The sequel follows Nguyen’s protagonist to Paris.

The March 10 book club meetup starts at 7 p.m. Pacific, and Nguyen will be in conversation with Times columnist (and Essential Arts newsletter author) Carolina A. Miranda.

Viet Thanh Nguyen’s novel The Sympathizer is a New York Times best seller and won the Pulitzer Prize for Fiction. Other honors include the Dayton Literary Peace Prize, the Edgar Award for Best First Novel from the Mystery Writers of America, the Andrew Carnegie Medal for Excellence in Fiction from the American Library Association, the First Novel Prize from the Center for Fiction, a Gold Medal in First Fiction from the California Book Awards, and the Asian/Pacific American Literature Award from the Asian/Pacific American Librarian Association. He is a University Professor, the Aerol Arnold Chair of English, and a Professor of English, American Studies and Ethnicity, and Comparative Literature at the University of Southern California.

Carolina A. Miranda is a Los Angeles Times columnist covering art, architecture and urban design, along with various other facets of culture in Los Angeles. Her work often looks at how the arts intersect with politics, gender and race — from the ways in which designers are rethinking the nature of monuments to the ways in which art intersects with development and gentrification. She is a regular contributor to KCRW’s “Press Play” and was a winner of the 2017 Rabkin Prize in Visual Arts Journalism.