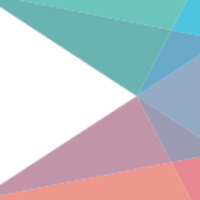 The Biden Transition and Prospects for the Korean-American Community

Hosted by the Sejong Institute and the USC Korean Studies Institute, with sponsorship from the Ministry of Foreign Affairs of the Republic of Korea.

Prominent Korean-American professionals in various fields and international affairs reporters from Korea will engage in a lively discussion online around the theme: “The Biden Transition and Prospects for the Korean-American Community: Assessments and Suggestions.”

Session Chair
David C. Kang is Maria Crutcher Professor of International Relations and Business at the University of Southern California, where he is also director of the USC Korean Studies Institute. Kang’s latest book is American Grand Strategy and East Asian Security in the 21st Century (Cambridge University Press, 2017). A former Fulbright Scholar, Kang did his undergraduate work at Stanford and earned his Ph.D. from UC Berkeley.

Panelists
Sam Cho was elected to the Seattle Port Commission in 2019 at the age of 29 to become the youngest commissioner in its history. Cho is the son of immigrants from South Korea, who came to the United States through the Port of Seattle. The Port of Seattle operates the 3rd largest cargo port and 9th largest airport in the United States. South Korea is currently Seattle's 3rd largest trading partner after China and Japan. Commissioner Cho received his Bachelor's degree from American University and his Masters of Science from The London School of Economics.

Grace Choi is the Director of Policy in the New York City Mayor’s Office. Recently, she served as the Constituency Director for Asian American & Pacific Islander Outreach for the Stacey Abrams for Governor Campaign. Previously, she was the Associate Director for Global Gender Policy and Advocacy at Save the Children. She served in President Obama’s Administration as Policy Advisor in the Secretary of State’s Office on Global Women’s Issues and as Staff Assistant in the White House Liaison’s Office at the U.S. Department of State.

Tim Hwang is currently the Founder and CEO of FiscalNote. The company owns media and news company CQ Roll Call Group, which it acquired from The Economist Group in 2018 and creates a technology platform that combines award-winning journalism along with products and services that provide access to large quantities of data, news, and analysis for all levels of government. The global company with offices across DC, NYC, Baton Rouge, Seoul, India and Brussels is the largest privately held company in the legal analytics and regtech space and powers over 4,000 of the world's largest and most influential corporations, associations, non-profits, and law firms, creating a more open and transparent society through data.

Jaime Lee is the Chief Executive Officer of the Jamison group of companies which controls over 13 million square feet of office and retail properties and 2,000 multifamily units throughout Southern California. Earning both BA and JD degrees from the University of Southern California, the Los Angeles native currently sits on the USC Board of Trustees where she serves as co-chair of the Alumni Affairs Committee. Recognized for her professional and civic contributions, Jaime was named one of the 500 most influential people in Los Angeles by the Los Angeles Business Journal in 2018, 2019, and 2020 and was honored by Asia Society Southern California as their 2020 Urban Visionary.

https://us02web.zoom.us/webinar/register/WN_6dmP4xSDR0K8rVP4EwG53Q
*Please enter your name, affiliation, and title to register.