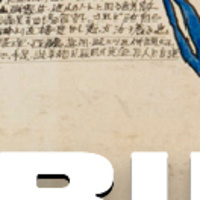 The Sutra and Bible exhibit is co-curated by Duncan Ryuken Williams and Emily Anderson and is sponsored by the Japanese American National Museum and the USC Shinso Ito Center for Japanese Religions and Culture, with support from the National Parks Services Japanese American Confinement Site grants program. An in-person program will be held on April 2 at 5PM featuring a conversation between Duncan Ryuken Williams and leaders from a number of faith communities. The Exhibit can be toured in person at the Japanese American National Museum by reserving a timed tickets from February 26 until November 27.

About the Exhibit:
From the confines of concentration camps and locales under martial law to the battlegrounds of Europe, Japanese Americans drew on their faith to survive forced removal, indefinite incarceration, unjust deportation, family separation, and war combat at a time when their race and religion were seen as threats to national security. Sutra and Bible explores the role that religion played in saving the exiled Japanese American community from despair through an array of astonishing artifacts: from the prayer books and religious scrolls they carried into camp, to the Buddha statues, crosses, altars they handcrafted to keep their spirits alive. At the heart of the exhibit are sacred scriptures created in camp: ink-inscribed stones that were unearthed from the Heart Mountain concentration camp’s cemetery that make up a section of the Lotus Sutra, and heavily annotated bilingual Bibles, handwritten by the Salvation Army’s Captain Masuo Kitaji during his incarceration in the Poston concentration camp.

This exhibition shares the many ways that the Buddhist and Christian communities provided refuge, instilled hope, taught compassion as Japanese Americans survived behind barbed wire, under martial law, and on the battlefield.

Please check out the exhibit's companion publication by clicking here.

Curator Bios
Duncan Ryuken Williams is Professor of American Studies & Ethnicity, Chair of the USC School of Religion, and the Director of the USC Shinso Ito Center for Japanese Religions and Culture. He has also been ordained since 1993 as a Buddhist priest in the Soto Zen tradition and previously served as the Buddhist chaplain at Harvard University, where he earned his PhD. Williams’ latest book, American Sutra: A Story of Faith and Freedom in the Second World War (Harvard University Press, 2019) is the winner of the 2022 Grawemeyer Religion Award and a LA Times bestseller. Williams is also the author of The Other Side of Zen (Princeton) and editor of seven volumes including Hapa Japan (Kaya), Issei Buddhism in the Americas (Illinois), American Buddhism (Routledge), and Buddhism and Ecology (Harvard). Find him online at www.duncanryukenwilliams.com

Emily Anderson is Project Curator at the Japanese American National Museum and a specialist on modern Japan. Having received her PhD in modern Japanese history from UCLA in 2010, she was assistant professor of Japanese history at Washington State University (Pullman, Washington) from 2010-2014, and postdoctoral fellow at University of Auckland in 2014. She is the author of Christianity in Modern Japan: Empire for God (Bloomsbury, 2014) and the editor of Belief and Practice in Imperial Japan and Colonial Korea (Palgrave MacMillan, 2017) as well as a number of articles and book chapters on religion and imperialism in Japan and the Pacific. She also has extensive experience developing museum exhibits, including co-curating Boyle Heights: Power of Place (JANM, 2002-2003) and Cannibals: Myth and Reality (San Diego Museum of Us, 2015-ongoing).