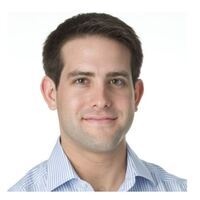 Social Enterprise and the Public Sector: A discussion on current trends, models and real-world cases

Saul Garlick has spent his entire career as a social entrepreneur focused on creating opportunity for populations that have traditionally been left out of the global economy. He has founded and operated companies across the United States, Africa, and Latin America.

Saul is founder and CEO of Unleesh, a mobile training platform for frontline workers in low-skill, low-wage jobs that seeks to bridge those workers to the future economy – one where automation is shifting the nature of work. Over 50,000 individuals have benefited from the platform.

Previously, he was Founder and CEO of ThinkImpact, an award-winning global immersion experience for college and graduate students working on social innovation in Kenya, Ghana, Rwanda, South Africa, and Panama, which he sold in 2018. Over 750 students have lived and worked in rural communities through ThinkImpact’s innovative model, which is based on a workbook he co-authored called The Innovator. Today he serves on the Board of Directors of the acquiring company.

Saul served as President of More Than Me, a non-profit organization that operates 18 schools through a public-private partnership with the Government of Liberia and a private all-girls, tuition-free academy in central Monrovia, Liberia. In his role at More Than Me, he helped lead the organization’s expansion from reaching 184 children daily to 4,000 through safety, health and education interventions with a model he developed called (S)HE Matters.
Saul is a Truman Scholar, an Inc. Magazine "30 Under 30" entrepreneur, a "Top 99 Under 33" Young Foreign Policy Leader by the Diplomatic Courier, and an International Speaker Specialist for the US Department of State.

Saul’s work was the subject of a 3-part The New York Times case study on “The Social Entrepreneur’s Quandary” discussing his decision to transition his non-profit organization to a for-profit social enterprise. He has also been featured in Entrepreneur, The Washington Post, TNW, and The Huffington Post. His work has been endorsed by President Nelson Mandela. Saul received his BA with honors from Johns Hopkins University and his MA from Johns Hopkins School of Advanced International Studies (SAIS).

Join us for a discussion of social enterprise and the public sector, with catered lunch provided. Please RSVP here to reserve your place.