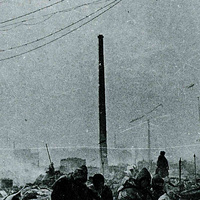 Sheldon Garon: "Morale on the Home Front from Europe to Japan: Its Transnational Construction and Deconstruction, 1914-1945"

Although few could define it, “civilian morale” emerged as one of the 20th century’s deadliest discourses. In its name, millions of civilians were bombed and starved, as warring nations sought to "break the morale" of the enemy's civil population in Europe and East Asia by air raids and food blockades. How did it become “normal” to win wars by attacking cities and "civilian morale?" From World War I through World War II, ideas and practices relating to morale and the "home front" circulated rapidly around the world in an intensely transnational process. Developments include the British and German blockades of 1914-18, the rise of national “moral reports,” city-bombing in the second Sino-Japanese War and World War II, and the USA’s “Operation Starvation” against Japan.

This event is co-sponsored by the USC East Asian Studies Center, the USC Dornsife Center for Advance Genocide Research, and the USC Center for International Studies

Bio
Sheldon Garon is the Nissan Professor of History and East Asian Studies at Princeton University.  A specialist in state-society relations in modern Japan, he also writes transnational/global history that spotlights the flow of ideas and institutions between Asia, Europe, and the United States.  His books include Beyond Our Means: Why America Spends While the World Saves; Molding Japanese Minds: The State in Everyday Life; and The State and Labor in Modern Japan.  He is currently writing a book, “When Home Fronts Became Battlegrounds: The Global War on Civilians, 1914-1945.”  With emphasis on Japan, Germany, and Britain in the two world wars, this transnational history focuses on aerial bombardment, food insecurity, and civilian “morale.”  He received the Humboldt Research Award and has held fellowships from the Paris Institute for Advanced Study, Harry Frank Guggenheim Foundation, Leverhulme Trust, and Woodrow Wilson International Center.