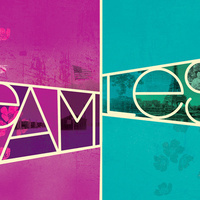 "Seamless", A Play: Japanese American Incarceration and the Afterlife of Historical Trauma

Seamless revisits the Japanese American incarceration and dissolution of the American Dream during World War II, exploring the ways the past haunts the present. Written by USC professor Dorinne Kondo and published in her most recent book, Worldmaking: Race, Performance, and the Work of Creativity, the play examines the afterlife of trauma, history, and memory. It also considers the (im)possibility of knowing the people you love most, compelling the audience to question themselves, their families, and their past.

A staged reading of Seamless will be followed by a conversation with Kondo and director Leslie Ishii, moderated by USC professor Beth Meyerowitz, an expert on the psychological adjustment among survivors of genocide and on the causes and treatment of post-traumatic stress.

“Sitting at the nexus where critical race theory meets affect theory, this breathtakingly ambitious and fascinating book is as much about how racism functions in the theater world as it is a treatise on the production of race as a naturalized discourse. An important contribution.”—John L. Jackson Jr., author of Thin Description: Ethnography and the African Hebrew Israelites of Jerusalem

“Dorinne Kondo’s penetrating and insightful book should be required reading for any theater artist who is serious about confronting racism. She brilliantly reminds us of the power of the theater, and of the real responsibility that comes with that power.”—Oskar Eustis, Artistic Director of The Public Theater

Bios:
Dorinne Kondo is a professor of American studies and ethnicity and anthropology and former director of Asian American Studies at USC. She received her PhD in anthropology from Harvard University. Kondo’s plays include (Dis)graceful(l) Conduct, But Can He Dance?, and Seamless. A cultural anthropologist, Kondo’s books include Crafting Selves: Power, Gender, and Discourses of Identity in a Japanese Workplace and About Face: Performing Race in Fashion and Theater. Her new book, Worldmaking: Race, Performance, and the Work of Creativity, theorizes backstage creative labor and bends genre, combining first-person entr’actes, the political-economic mise-en-scène of the theatre industry, and the creative process.

Leslie Ishii is founder and director of the National Cultural Navigation Theatre Project, a national project for the sustainability of individual artists and theatres of color. She has directed at many theatres and theatre programs that feature artists of color and also works as an arts educator at Center Theatre Group in conjunction with Community Partnerships and Engagement, UCLA, USC, UC Irvine, East West Players, Alaska State Training Institute, and American Conservatory Theatre. Ishii co-facilitated the launch of Theatre Communication Group’s Equity/Diversity/Inclusion Institute and has been a featured presenter at voice and performance conferences in Mexico, Spain, and Vienna.

Beth Meyerowitz is a professor of psychology and preventive medicine at USC. She teaches undergraduate courses on psychological adjustment among survivors of genocide and graduate seminars on the causes and treatment of post-traumatic stress, and her research has included investigations of post-traumatic stress and resilience among survivors of the 1994 Rwandan genocide against the Tutsi. She is currently conducting interviews with memory workers and scholars who engage with genocide survivors, in order to understand the challenges and rewards of doing this work.