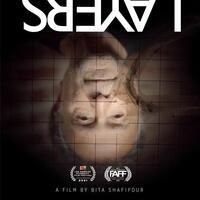 Screening of LAYERS: The Art of Hadi Salehi’s Photography

Outside the Box [Office] and SOCIARTS Productions invite you to attend

A Special In-Person Screening of

Followed by a Live Q&A with Bita Shafipour and Artist Hadi Salehi and a guided tour of the exhibition at the USC Fisher Museum of Art.

Presented in conjunction with the group show
Art and Hope at the End of the Tunnel at the USC Fisher Museum of Art from Sep. 10 - Dec. 9, curated by renowned art critic Edward Goldman.
This exhibition features art by dozens of LA artists, including Hadi Salehi.

About the LAYERS is a cinematic documentary about the visual poetry of Hadi Salehi’s analog photography. Through a series of captivating conversations with the artist, and an exploration of his experimental ‘layering’ process, award-winning director Bita Shafipour taps into Hadi’s layers of consciousness and maps out a visual narrative of the creativity that shapes his rich and diverse body of work. Using Hadi’s photographs and archival 16mm and 8mm film footage, captured in dozens of countries and including thousands of subjects, this art film visualizes Hadi’s life as an Iranian immigrant in Los Angeles, where he has been capturing stories and making images over the past four decades. Shot primarily on 16mm film, Shafipour aims to pay tribute to the art of analog photography through her analog filmmaking.

LAYERS was finished during the COVID19 Pandemic and compliments the group show Art and Hope at the End of the Tunnel at USC Fisher Museum of Art, curated by renowned art critic Edward Goldman. This exhibition features art by dozens of LA artists including Hadi Salehi. The concept of the exhibition emerged out of the bleakness and ambiguity in the initial stages of the COVID19 Pandemic. The show is on view from September 10 to December 9, 2021.

Bita Shafipour is an award-winning Iranian-American writer, director, and producer. Her 2006 Iranian short THE COLOR OF FRIEND was premiered at LA ShortFest and nominated for Best Foreign Language Film at Miami ShortFest. Her BAFTA New Talent winning film LAST NIGHT IN EDINBURGH was premiered at Palm Springs ShortFest, won the Best Director Award at Seattle Short Film Fest, Best Narrative Film Award at Global Cinema Film Festival Boston, and the Empowering Women Award at the Socially Relevant Film Fest. It was also part of LA Opera’s Eurydice Festival in early 2020. Her 2020 documentary LAYERS: The Art of Hadi Salehi’s Photography was premiered virtually at LACMA during the COVID19 pandemic and has won the Best Documentary Film at Fine Arts Film Festival. She’s finishing a feature-length documentary and developing a narrative feature at Sobini Films. A member of BAFTA and Alliance of Women Directors, she is the founder of Socially Conscious Arts Productions and holds her BA in Cinematic Arts from USC and a postgraduate degree in screenwriting from UCLA’s School of Theater, Film, and Television. She has taught Directing at UCLA Extension and Edinburgh Napier University and USC School of Cinematic Arts.

Hadi Salehi was born in northern Iran near the Caspian Sea. He graduated from Tehran University and received a grant to study film in the United States. Upon arrival in Los Angeles in the early 80s, Hadi found the social climate not all that welcoming for Iranian immigrants during the Hostage Crisis and had to take many odd jobs while pursuing his art. Around the same time, Hadi discovered The Clash’s music and the burgeoning L.A. Punk scene, which he drew inspiration from. He picked up his camera and started documenting the shows, as well as graffiti and Chicano rights demonstrations. This eventually got Hadi noticed, and he was recruited by the ArtCenter of Design in Pasadena to teach analog photography. He found that he wanted to push the limits of the conventional approach to analog photography. This unique attitude led to acceptance from another band of outsiders: surfers. Hadi spent the next decade traveling and shooting exclusively some of the most prolific surfers of the era and worked with several well-known surfing lifestyle brands. He subsequently traveled across the globe including his native Iran, capturing images of people and their daily lives. Hadi’s work is diverse but retains a common element that makes it recognizably his. His portraits are both powerful and soft, with a haunting quality that lingers in the psyche. His career now spans almost forty years. He has photographed many cultural innovators up close, including Keith Haring, Tricky, Rob Machado, Kelly Slater, Martin Potter, Derek Ho, Brock Little, Dave Alvin, Questlove, and The Dead Kennedys. His client base includes Adidas, Billabong, Gotcha!, Sony, TOOL, Nike, and the Los Angeles Times magazine.

Salehi is represented by ADVOCARTSY gallery in Los Angeles. His work has been acquired by the Los Angeles County Museum of Art as part of the permanent collection at Art of the Middle East Contemporary.

About Art and Hope at the End of the Tunnel

USC Fisher Museum of Art is proud to announce the opening of our Fall 2021 exhibition, “Art and hope at the end of the Tunnel”, a group show curated by renowned art critic Edward Goldman and featuring dozens of artists who call the Los Angeles area home.

The USC Fisher Museum of art presents “Art and Hope at the End of the Tunnel”, featuring artists such as Gaijin Fujita, Pam Douglas, David Hicks, Keiko Fukazawa, Lezley Saar, Manfred Muller, and Ferrari Sheppard among many others, is a celebration of the resilience of the Los Angeles art-making community and each artist’s ability to adapt and thrive.

Both fearless and fun, Edward is a favorite on-air presence, offering a unique “accent” on art. Born and educated in Russia and formerly employed by the famed Hermitage Museum in St. Petersburg, he offers impassioned views on what he sees in galleries and museums and at cultural events throughout the world, and he is not afraid to “speak truth to power.

About Outside the Box [Office]

Outside the Box [Office] is a weekly showcase for upcoming releases highlighting world cinema, documentary, and independent film titles. The series draws from around the globe to present movies that may challenge, inspire or simply entertain.

This event will require masks for all attendees, vaccinated or unvaccinated. Anyone refusing to comply with mask requirements is subject to removal from the event.