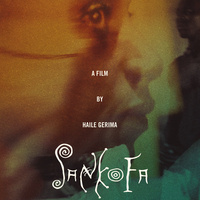 SANKOFA follows Mona (Oyafunmike Ogunlano), a Black American fashion model on a photo shoot in Cape Coast, Ghana. Through Mr. Gerima’s imaginative storytelling, she undergoes a journey back in time to a plantation in North America. There she becomes Shola, an enslaved African woman who labors in the master’s house and experiences the horrors of slavery firsthand. In becoming Shola, Mona recovers and confronts her ancestral identity and experience. While enduring monstrous trauma at the hands of white men who owned people for profit, Shola’s interactions with her fellow enslaved Africans are rich with humanity, respect and dignity for one another. Most notably, she connects with Shango (Mutabaruka), a rebellious African man who toils in the fields, and Nunu (Alexandra Duah), one of the few of the enslaved to remember her life in Africa before being stolen and terrorized by European traders.

Initially overlooked by distributors, SANKOFA was self-distributed in the U.S. by Haile and Shirikiana Gerima’s independent distribution company through grassroots marketing within African American communities. Their innovative outreach led to over two years of sold-out screenings in theaters across the country. The film, which was conceived, produced, and directed by Haile Gerima, was an official selection of Berlin International Film Festival and AFI Film Festival in 1993. Born and raised in Ethiopia before moving to the US in 1967, Mr. Gerima’s films have been official selections of Cannes, Berlinale, Venice, Locarno, FESPACO and Toronto Film Festivals to name a few.