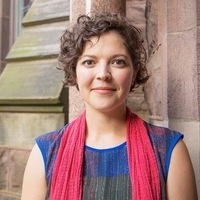 “Resistiendo el Sol: Sugar Beets and the Racial Politics of Land and Labor in Colorado” with Bernadette Perez

Bernadette Pérez received her B.A. in International Affairs from the University of Colorado-Boulder, her M.A. in Latin American Studies from the University of California-Berkeley, and her Ph.D. in History from the University of Minnesota-Twin Cities.  She is a historian of race, labor, the environment, migration, and empire in the United States, with a particular focus on the histories of Mexican, Mexican American, and American Indian people.  Her current manuscript project, provisionally titled “Before the Sun Rises: Contesting Power and Cultivating Nations in the Colorado Beet Fields,” uses the history of the sugar beet industry in Colorado to tell a story about land, power, and resistance in the post-Civil War United States. 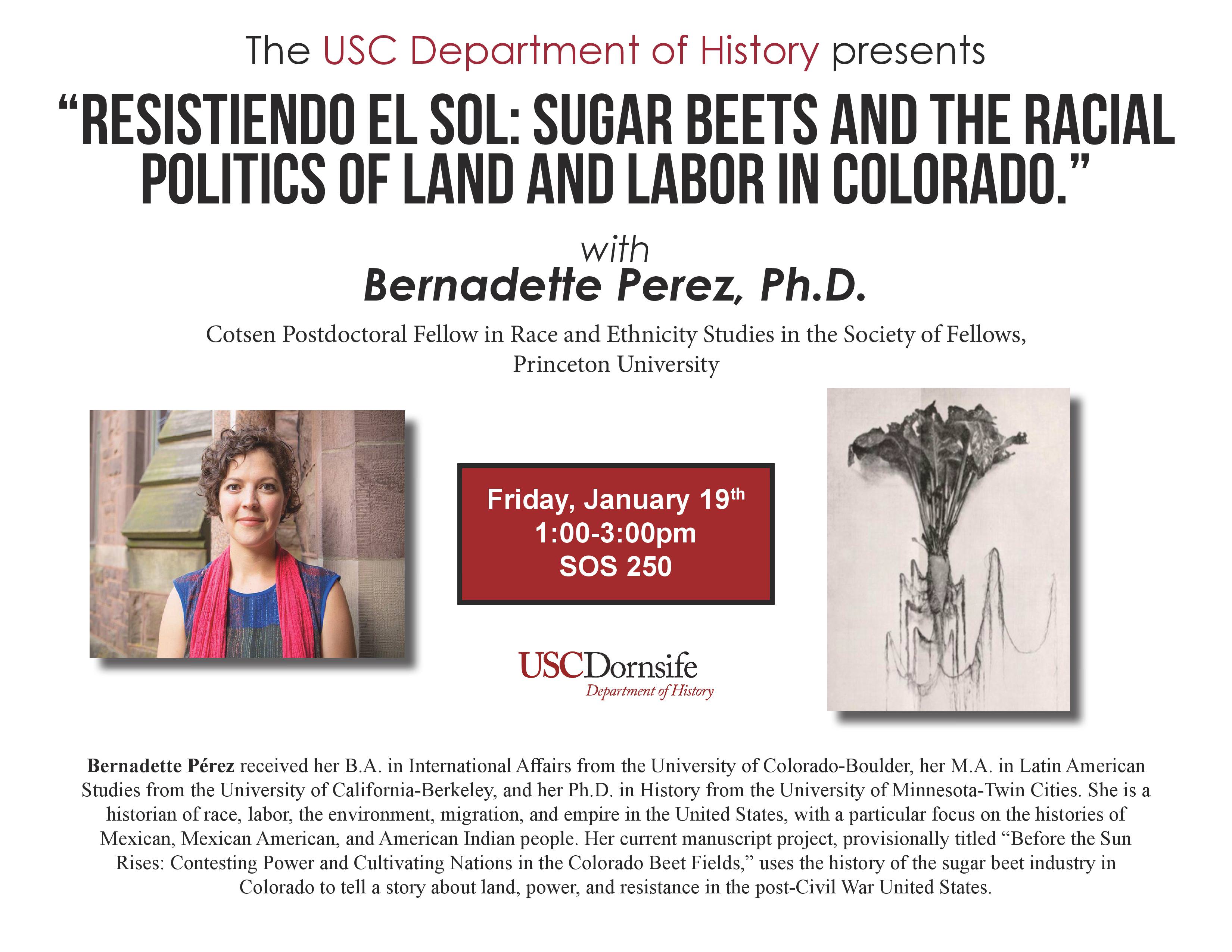