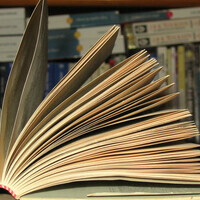 Please join us for Black + Japanese American Reparations, a special virtual events series and book club. Many Black reparations advocates have pointed directly to the Civil Liberties Act of 1988 granting reparations to Japanese Americans interned during World War II as a precedent that can inform the case for restorative justice for African Americans. Indeed, as Ta-Nehisi Coates has argued, reparations is more than a recompense of past injustices, but a national reckoning “that would lead to spiritual renewal.” The USC Ito Center series and book club is thus predicated on a serious examination of the deeper meaning of “reparations." The  reparations-themed book club which meets every third Tuesday from January to July at 4pm PST kicks off with an Introduction to Black + Japanese American Reparations Book Club on January 19. We look forward to connecting with anyone concerned with racial justice and repairing America’s racial karma. Please see dates below and RSVP for each meeting for the Zoom link. Zoom meeting information will be sent closer to the event.

Ta-Nehisi Coates, “The Case for Reparations” (The Atlantic, 2014)

David Frum, “The Impossibility of Reparations” (The Atlantic, 2014)

MAY 18 – RSVP
William Darity and A. Kirsten Mullen, From Here to Equality: Reparations for Black Americans in the Twenty-First Century (University of North Carolina Press, 2020)