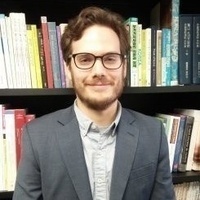 This lecture offers an unconventional perspective on the relationship between writers in North and South Korea during the 1950s and 1960s. Although it is generally assumed that the division of the Korean peninsula in 1945 produced two literary and cultural spheres that developed in relative isolation from each other, a careful reading of contemporary sources demonstrates otherwise. Drawing upon literary, journalistic, and visual sources, this lecture begins by outlining the surprisingly robust reception that South Korean publications received in North Korea in the 1950s and 1960s, noting the cultural and political forces that motivated it. It then explores the practices of cross-border writing that this reception engendered, focusing on the composition of open letters to colleagues in the South and the creative rewriting of South Korean literary texts. Finally, placing these real as well as imagined engagements within a broader national and international context, it proposes an alternative way of thinking about what national division and the Cold War meant in Korea across the midcentury decades.

Please RSVP for this talk online.

This talk is supported by the Core University Program for Korean Studies through the Ministry of Education of the Republic of Korea and Korean Studies Promotion Service of the Academy of Korean Studies (AKS-2014-OLU-2250003).