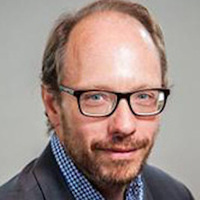 Quackeries born of heathen and hellish folly: Translating polemic across the Mediterranean

The almost certainly apocryphal exchange of letters between the Byzantine Emperor Leo III (r. 717-741CE) and the Umayyad Caliph ʿUmar b. ʿAbd al-ʿAzīz (r. 717-720CE) has survived in a set of texts that span a range of places, times, and languages. Preserved in Armenian, Arabic, Castilian, and Latin, the different versions of this royal, religious-polemical correspondence not only bear witness to the irreducible connectedness of the societies that produced them, but testify to the enduring reality and relevance of religious disputation in all of them. Although each of these linguistic iterations differs from the other, they share a set of central concerns that revolve around the nature of scripture and its interpretation, and of who has the authority to validate Truth. This talk will untangle the threads that intersect these texts and the complicated questions they raise about textual transmission, enduring relevance, and religious pluralism.

About the speaker: Dr. Sergio La Porta is the Interim Associate Dean of the College of Arts and Humanities and the Haig and Isabel Berberian Professor of Armenian Studies at California State University, Fresno. He received his Ph.D. in Armenian and Near Eastern Studies from Harvard University in 2001. Prior to coming to Fresno, Dr. La Porta taught Armenian and Religious Studies at the Hebrew University of Jerusalem. His research interests include medieval Armenian intellectual and social history, philology, and apocalyptic literature.

Department
Center for the Premodern World
Add this to your calendar