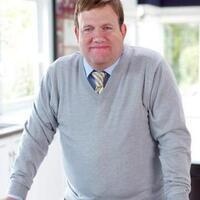 Thanks for joining the Unruh Institute for the first installment of our semester-long Political Conversation Series, where notable politicians, political operatives and policy experts come to campus to engage in a discussion with Institute Director Bob Shrum about a topic of particular interest.

We were pleased to host Dr. Frank Luntz, the Founder of Luntz Global– an internationally recognized authority on global, economic, political and social trends. Not only has Dr. Luntz served as one of the most sought-after election consultants both nationally and internationally for decades, he is also responsible for orchestrating thousands of surveys, focus groups, and ad tests across the globe. Dr. Luntz has appeared on The New York Times Best Seller List three times in addition to his frequent contributions to The Wall Street Journal, The New York Times, The Los Angeles Times, and The Washington Post.

Luntz shared some great insight into the current state of American politics, such as what he said about the Trump Administration, "My heart is with the Trump voters, but it is not with the language that too often comes out of the White House."