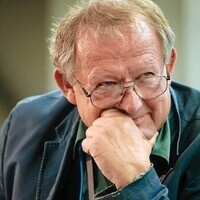 Poland and the Global Surge of Authoritarianism

A lecture by Adam Michnik, Editor in Chief of Gazeta Wyborcza. Michnik is a distinguished Polish intellectural, dissident, journalist, and advocate for human rights and civil society.

A prominent dissident in the Communist era, he spent six years as a political prisoner. In the 1970s, he was a founding member of the Committee for the Defense of Workers, and of the Flying University, an underground network that brought together intellectuals and worker activists. Michnik was a key Solidarity activist in the 1980s and a negotiator for Solidarity in the 1989 Roundtable Talks that brought communist rule in Poland to a peaceful end. Between 1989-1991, he served in the Sejm, Poland's Parliament.

Michnik is the founder and editor-in-chief of Gazeta Wyborcza, Poland's first postsocialist independent daily. He is the author of many books, including Letters from Freedom: Post Cold War Realities and Perspectives (1998), The Church and the Left (1991), Letters from Prison and Other Essays (1986), and, most recently of In Search of Lost Meaning: The New Eastern Europe (2011).

*Refreshments will be served