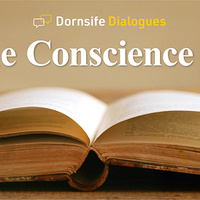 Poetry: The Conscience of Culture

Poetry has always offered a safe harbor in times of cultural, social and personal crisis. But it has been particularly prominent of late following Amanda Gorman’s inauguration poem, The Hill We Climb. Join some of the world’s most accomplished poets as they explain how everyone can draw inspiration and strength from poetry to lead a richer life.

Moderated by David Ulin, associate professor of the practice of English and former editor and book critic for the Los Angeles Times, the panel will feature Robin Coste Lewis, USC Dornsife writer in residence and the former poet laureate of Los Angeles; David St. John, USC Dornsife University Professor and Professor of English and Comparative Literature and a widely published and lauded poet; and Douglas Kearney, poet, performer and creative writing teacher at the University of Minnesota-Twin Cities.

David St. John has been honored, over the course of his career, with many of the most significant prizes for poets, including both the Rome Fellowship and the Award in Literature from the American Academy and Institute of Arts and Letters, the O.B. Hardison Prize for teaching and poetic achievement from the Folger Shakespeare Library, and the George Drury Smith Lifetime Achievement Award from Beyond Baroque.

Douglas Kearney earned his BA from Howard University and his MFA from the California Institute of the Arts and is also a graduate and fellow of Cave Canem. Kearney’s honors include a Whiting Writers Award, a Pushcart nomination, and commissions for new work from Minneapolis’s Weisman Art Museum and New York’s Studio Museum. In 2007, he was named a Notable New American Poet by the Poetry Society of America. Kearney has also received fellowships and scholarships from Idyllwild Summer Arts Poetry Workshop, Cave Canem, the Callaloo Creative Writing Workshops, and the Bread Loaf Writers’ Conference. He is the recipient of the Foundation for Contemporary Arts Cy Twombly award. He teaches at the University of Minnesota, Twin Cities.

Robin Coste Lewis is the poet laureate of Los Angeles. In 2015, her debut poetry collection, Voyage of the Sable Venus, won the National Book Award in poetry. Lewis’s writing has appeared in various journals and anthologies, such as Time, New Yorker, New York Times, Paris Review, Transition, and Best American Poetry. Lewis is currently at work on two new collections, To the Realization of Perfect Helplessness and Prosthetic. She has received fellowships and awards from the Guggenheim Foundation, the Los Angeles Institute for the Humanities, and was named an “Art-of-Change” fellow by the Ford Foundation.

David Ulin is Associate Professor of the Practice of English. He is the author or editor of a dozen books, including Sidewalking: Coming to Terms with Los Angeles, shortlisted for the PEN/Diamonstein-Spielvogel Award for the Art of the Essay, and Writing Los Angeles: A Literary Anthology, which won a California Book Award. The former book editor and book critic of the Los Angeles Times, he has written for The Atlantic Monthly, Virginia Quarterly Review, The Paris Review, and The New York Times. He has received fellowships from the Guggenheim Foundation, Black Mountain Institute, and the Lannan Foundation. Most recently, he edited the Library of America’s Didion: The 1960s and 70s, the first in a three volume edition of the author's collected works.