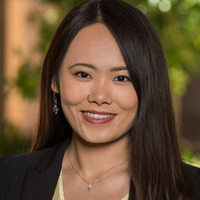 Zhao Li, Assistant Professor of Politics and Public Affairs at Princeton University, studies American politics and political economy with a focus on campaign finance in the United States.

Does media influence operate primarily on low-information swing voters, or can it also affect the party activists who shape ideological factions?

We examine the role of Fox News in the rise of the Tea Party movement within the Republican party since 2009. We use differences in Fox News’ cable channel positions across cable systems to isolate exogenous variation in exposure to the channel. Earlier in the 2009-10 election cycle, Fox News did not boost Tea Party rally sizes or encourage strategic entry by Tea Party candidates, consistent with content analysis demonstrating a lack of pro-Tea Party slant in Fox News until 2010. However, exposure to Fox News significantly increased campaign fundraising and vote shares in primary elections for Tea Party-backed Republican candidates relative to other Republican candidates. The Tea Party movement benefited from an advantage – rare among insurgent movements – in the backing of a powerful media outlet, which enabled it to rapidly move from the fringe to the center of the Republican party.

The paper is joint with Greg Martin (Stanford University).