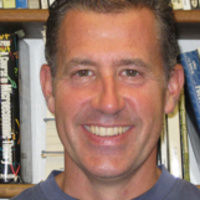 Did you know that nearly 2% of voters who went to the polls in 2016 failed to cast a vote for president? This 2% “residual vote rate” is nearly double the rate in the presidential elections from 2004–2012.

Did the increased fraction of voters who chose to abstain do so because of alienation from the major-party candidates? Even if abstention-due-to-alienation is the sole explanation for the increase in the residual vote rate in 2016, the question remains, “Who abstained?” Never Trumpers? Bernie Bros?

The analysis in this paper relies on a combination of public opinion data and election returns to address these issues. Empirically, we find that the increase in abstentions in 2016 was most likely due to disaffected Republicans. Our findings have implications for understanding how voters react in the face of unattractive candidate choices as well as how election administration interacts with voter behavior.

free; must register for event