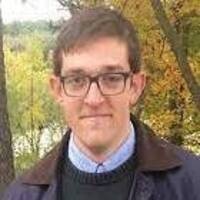 "Restoration” and Representation: Legislative Consequences of Black Disfranchisement in the American South, 1879-1916

The restriction of African Americans' voting rights in the U.S. South in the decades following Reconstruction is the most significant instance of democratic backsliding in American history. Despite this, it remains unclear whether and to what extent formal disfranchising institutions impacted legislative representation.

In this study, he explores disfranchisement's consequences using original state legislative roll call data from the late nineteenth and early twentieth centuries consisting of more than 19,000 unique roll calls. He combines these data with insights from historical sources to describe the issue positions that structured southern state legislative politics. Using ideal point estimates in a panel design, he demonstrates that disfranchisement was associated with large shifts in roll call voting, generally away from African American preferences.

DISCUSSANT: David Bateman, associate professor of government, Cornell University.  His research focuses broadly on democratic institutions, including legislatures and political rights, and as well as on ideas and ideologies of democracy, race, and racism.  He is currently researching Black political and labor organizing in the early 20th century and its impact on US statebuilding and ideologies.