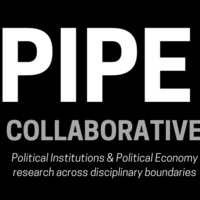 What Have the Americans Ever Done for Us? Lessons from the United States in Latin America, 1895-1929

The United States spent 20 years in Afghanistan attempting to achieve two interrelated aims: reduce the level of political instability and build Afghan state capacity. It partially succeeded in the first: the Afghan government weathered multiple political crises and the Taliban were unable to control the country’s economic centers. It failed entirely in the second; the Afghan government collapsed immediately following the American withdrawal.

We muster evidence from American intervention in Latin America from the period before the Great Depression to show that this pattern appears to hold historically. The presence of U.S. officials reduced the incidence of violent conflict and unconstitutional regime change. We also find, however, that the Americans failed to improve the state capacity (using the ability to collect tariff revenues as a measure of capacity). In fact, institutions worsened under the American presence.

Leticia Arroyo Abad, associate professor of Economics, City University of New York-Queens College, is an economic historian who specializes in the long-term economic development of the Americas.

Noel Maurer is an associate professor of International Affairs & International Business at George Washington University. His primary research interest is on how governments make commitments to protect property rights.