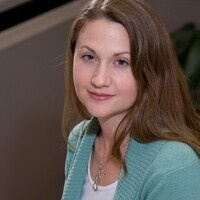 Legislators encode their policy choices in the text of bills they propose, debate, and pass. The textual choices made and the shared elements of the language in House versus Senate bills provide a window to policy conflict and compromise in a bicameral setting. To characterize the nature of the bargains needed to pass legislation, a novel dataset of the shared and unique language in Senate and House bills and final enactments is constructed using text analytic approaches. Measures of policy consensus and uniqueness are calculated and used to consider the extent to which party, pivots, and presidents matter for policy passage of all significant legislation and a random sample of non-significant laws from 1973 through 2014. House and Senate proposal generation appears to more commonly occur behind-closed-doors when parties and pivots are not aligned and presidents may create additional hurdles for their own-party legislators.

Pamela Clouser McCann, Ph.D., is an Associate Professor at the USC Sol Price School of Public Policy. Professor McCann previously served as an assistant professor of public affairs at the University of Washington.

Please note, as space is limited we will prioritize USC students, staff, & faculty for this research workshop.