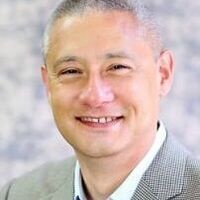 The Power of Economic Interests Under Direct versus Representative Democracy

The power of economic interest groups to influence policy outcomes is a common theme in economics and political science. Most theories posit that interest group power arises from the ability to influence elected or appointed government officials, that is, by exploiting the representative part of democracy. This paper examines an unstated implication of these theories, that special interest influence will be weaker under direct democracy, when there are no representatives involved.

John Matsusaka is an expert on direct democracy and corporate organization who publishes in economics, finance, law, and political science. He is the author of For the Many or the Few: The Initiative, Public Policy, and American Democracy. Professor Matsusaka provides commentary to media outlets including ABC News, CNN, Fox News, NPR, Wall Street Journal, New York Times, Washington Post, USA Today, and Los Angeles Times. He is executive director of the Initiative and Referendum Institute, held visiting appointments at Stanford, UCLA, Caltech, and University of Chicago, and consulted for the White House Council of Economic Advisors.