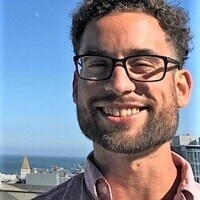 Using 61 indicators of democratic performance from 2000 to 2018, we develop a measure of subnational democratic performance, the State Democracy Index. We use this measure to test theories of democratic expansion and backsliding based in party competition, polarization, demographic change, and the group interests of national party coalitions. Difference-in-differences results suggest a minimal role for all factors except Republican control of state government, which dramatically reduces states’ democratic performance during this period. This result calls into question theories focused on changes within states. The racial, geographic, and economic incentives of groups in national party coalitions may instead determine the health of democracy in the states.

Jake M. Grumbach, assistant professor of political science at the University of Washington, received his PhD from UC Berkeley in spring of 2018 and was a postdoctoral fellow at the Center for the Study of Democratic Politics at Princeton.

He studies the political economy of the United States and is broadly interested in the politics of race, business and labor, political and economic inequality, American federalism, health policy, climate change, and statistical methods.