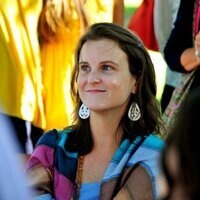 Phantom Geographies in Representations of the Holocaust: A Public Lecture by Kathyrn Brackney

In this lecture, Kathryn Brackney will reflect on the month she has spent conducting research on the topic of "otherworldliness" in narratives by Holocaust survivors. Brackney uses "otherworldliness" as a term to refer to moments in literature and testimony when survivors describe their experiences as being from an entirely different dimension, space, or time." At the Shoah Foundation, she is expanding the scope of her project beyond the Holocaust by examining how survivors have narrated their post-liberation transitions into displaced persons camps and the major countries of resettlement. She is particularly interested in exploring the variety of figurative images that survivors who have given multiple testimonies over time use to convey their experiences. Her lecture will highlight moments in the Shoah Foundation’s archive when survivors characterize pre-war and post-war life as separated by a chasm—and moments when survivors describe themselves as inhabiting both worlds simultaneously.

Kathryn L. Brackney is a doctoral candidate at Yale University in modern European intellectual and cultural history. Her research has been supported by the U.S. Holocaust Memorial Museum, DAAD, and the Yale Program for the Study of Antisemitism. Her dissertation is titled “Otherworldly Horizons: An Alternative History of Holocaust Consciousness.” Survivors of the Holocaust often use a language of “otherworldliness” to describe their war- time experiences, the European communities they left behind, and the spaces where they imagine their loved ones might live on. Brackney’s dissertation examines how the dimensions of these “other worlds” have shifted in the work of artists, writers and critics who have reflected on the Holocaust during the post-war period in Western Europe, North America, and Israel. She holds a B.A. in Comparative Literature from Brown University and a Master’s of Theological Studies from Harvard Divinity School.

Refreshments will be served. Please RSVP to cagr@usc.edu.