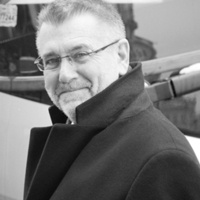 Often described as "industrialized murder" that occurred in "factories of death," the Holocaust was at its murderous peak in 1942 something quite different: an improvised process carried out at ramshackle killing installations.  In this lecture, Professor Peter Hayes will detail how and why the Nazi regime managed to kill an unprecedented number of people with ferocious speed, yet without applying significant quantities of  German personnel or resources.

Peter Hayes is Professor of History and German and Theodore Zev Weiss Holocaust Educational Foundation Professor Emeritus of Holocaust Studies at Northwestern University and a former chair of the Academic Committee of the United States Holocaust Memorial Museum.  Among his thirteen books are The Oxford Handbook of Holocaust Studies (co-edited with John K. Roth), How Was It Possible? A Holocaust Reader, and Why? Explaining the Holocaust, which also has appeared in German and Spanish translations and shortly will be in Chinese, Polish, and Slovak as well.  A prize-winning teacher, he lectures widely on German and Holocaust history both in the United States and abroad.

To read more about the Sara and Asa Shapiro Scholar in Residence fellowship, click here.

This lecture will be followed by a lunch. Advanced RSVP is required. The location for the lunch will be provided with RSVP confirmation. RSVP to cagr@usc.edu.