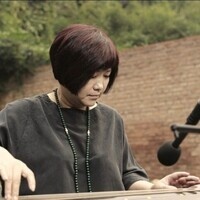 Join us for a FREE evening concert showcasing the guqin, a seven-string zither that is one of China's most ancient instruments.

This concert will feature world-class guqin player Jiazhen Zhao. Master Zhao, a professor from Central Conservatory of China, has performed for audiences around the world including former President Barack Obama.

In 2008, China named Zhao as the official bearer of guqin music and culture.

Guest performers include Wei Qian and Congnong Li and her student ensemble.