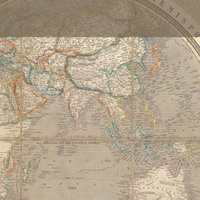 What did the revolutions that surged through the Atlantic world from circa 1760 to 1850 have in common? Scholarship on the revolutionary era over the past two decades has dramatically enriched our knowledge of its geographic extent and ideological range. Yet this long-overdue widening of the revolutionary picture has also exacerbated longstanding and fundamental problems in our understanding of the era. Why did revolution become generalized in the Atlantic world during this period? How can we account not only for what these revolutions had in common, but for the ways in which they were diverse or even dissimilar? What, if anything, still makes this period analytically coherent?

This five-day faculty-postgrad summer seminar, which brings together specialists working on both the North and South Atlantic and the Old and New Worlds, proposes a collaborative and extended reflection on these questions. The seminar takes as its starting point a broad hypothesis: that there were long-term homologies among political practices around the Atlantic rim, including some that predated European contact, and that these shared patterns were crucial in both producing and shaping the Atlantic revolutions. It aims to begin articulating an alternative model for conceptualizing the Atlantic revolutionary period—one that is polycentric and rooted in the longue durée—but not based on a notion of revolutionary “diffusion” or “contagion.” In so doing, it draws inspiration from recent global and oceanic histories that have made a powerful case for the explanatory power of large-scale legal, cultural, and economic patterns as a basis for transnational analysis.

Candidates should send their dossier via email by noon CET on Tuesday, April 10, 2018 to Nathan Perl-Rosenthal and Clément Thibaud at oceanicrootsproject@gmail.com.

The application should be in the form of a single pdf including the following:

For more details about the seminar and application process, please see the CFP.

This seminar is the opening event of a two-year project, funded jointly by Paris Sciences et Lettres – IRIS Études globales and the USC-Huntington Early Modern Studies Institute, with additional support from the Institut d’études avancées de Paris. The program will include a second international conference scheduled to take place in 2019 in Los Angeles.