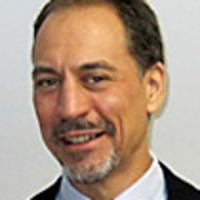 This paper estimates the responsiveness of charitable donation behavior to incentives created by individual income taxation and estate and inheritance taxation, using state-level panel data covering the years 1922 through 1942. This was the period when many states introduced progressive income taxation, charitable deductions, and estate and inheritance taxes for the first time, allowing me to exploit difference-in-differences variation across states in incentives to donate to charity. The dependent variable is aggregate inter vivos charitable donation deductions claimed on federal individual income tax returns and reported in IRS Statistics of Income tables in each state and year. One advantage of using data from this period is that the federal standard deduction was not introduced until 1947, so donations are observable for all individual income tax return filers (as opposed to more recent periods, when tax return data only report donations for itemizers, which poses problems of endogenous sample selection). The main explanatory variables of interest are prices of charitable donations that take into account tax savings in federal and state income and estate and inheritance taxes, computed using highly detailed historical tax calculator programs that I’ve developed. Control variables include state and year fixed effects, and characteristics of individual income tax return filers in each state and year, such as average income levels and measures of the distribution of income, derived from the published IRS tables.